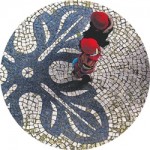 Feito a mão! The real hand made! It is a fact that most of the sidewalks in the Portuguese cities are covered with pavement. But not the usual sidewalk pavers, produced in factories for rubbish but special Calcada made by hand.

Calçada portuguesa – Portuguese Calcada or mosaic (also known in Brazil as Portuguese stones) is a specific pavement, used mostly for finishing the walkways and sidewalks, alleys, squares and other bustling places. This stone flooring is particularly popular in Portuguese speaking countries. The unique mosaic pavements (typically from limestone or basalt) are irregularly shaped. The game of contrasts allows forming various decorative designs because of the difference in the nuances of the different pieces. 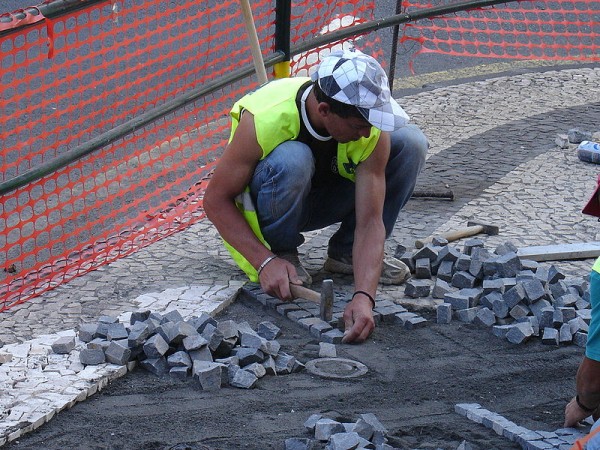 The most common colors used for shaping the cobblestones are black and white, but there may be found in red and brown. In some regions of Brazil may be even seen Calcada in blue and green. Specially trained people called Calcetiros are being hired to lay the tiles. It is said that if you want to start stacking the pavement of a public area you have to watch a professional for long years. 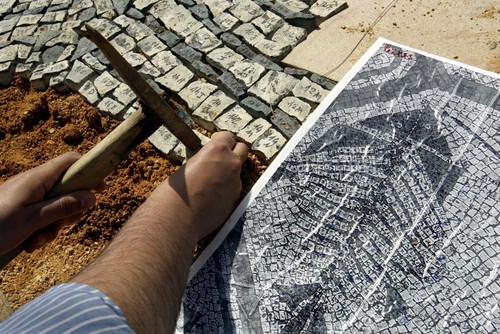 Calcada appeared in Portugal in the middle of the XIX century. Since then it has been used for making many of the sidewalks, pedestrian zones, parks, squares, and sometimes as a paving for private courtyards. In Brazil Calcada is also the most popular street flooring because of its easy placing and possibilities of combining different images. Wonderful examples of Calcada can be seen in the park next to the beach “Copacabana” (work of Roberto Burle Marx) and on the former Central Avenue in Rio de Janeiro. In fact, you can find such examples everywhere in the streets. Even in the poorest Portuguese villages and neighborhoods you can see a few square meters of beautifully paved walkways. 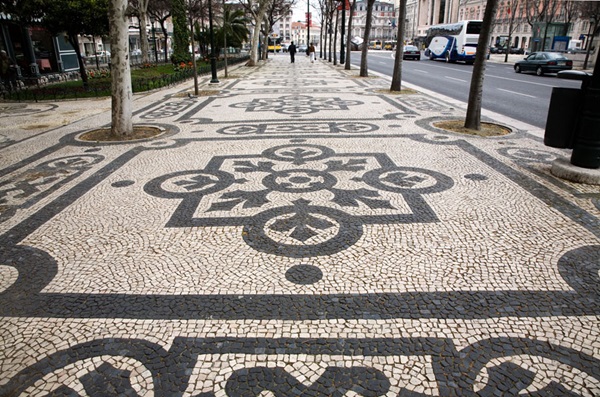 In the beginning, Calcada in Portugal started to be used in a way different from the current one. The paving Lisbon streets began with the Royal Decree of 20th August 1498, signed by Don Emmanuel I. It was decided that the material for the pavement should be produced only from granite from the area of Porto, which made ​​the project very expensive because of the distance between the cities (nowadays it is 360 km, but back then it was 20 km more). 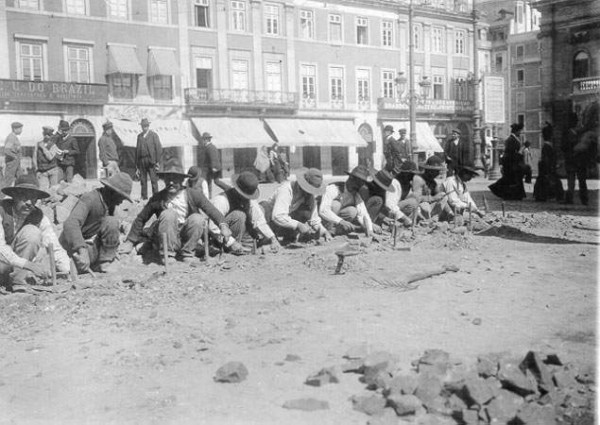 The earthquake of 1755 practically deleted Lisbon from the face of the Earth. In the subsequent restoration of the city the then Marquis of Pombal was not permitted to recover the Calcada, due to the great costs. In this way the Portuguese saved their budget, in expense of the beautiful pavement. During the next century, the Portuguese capital gets again beautiful paved sidewalks of limestone, resembling many of those used to this day.

The order of lieutenant general Eusebius Furtado, the then commander of Portugal stated that the work on paving of the sidewalks to be done by prisoners. The elegance of the patterns was not the main objective so the mosaics were realized in a simple zigzag shape. Nevertheless staggered Calcada looked so unusual that capital Lisbon has begun to attract interested chroniclers and other literati who praised the Calcada in such works as “The Arch of St. Anna” by Almeida Garrett and “Crystallizations” – a poem by Cesário Verde. 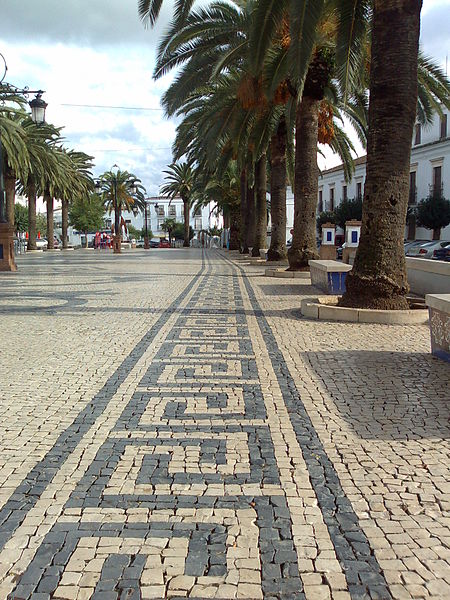 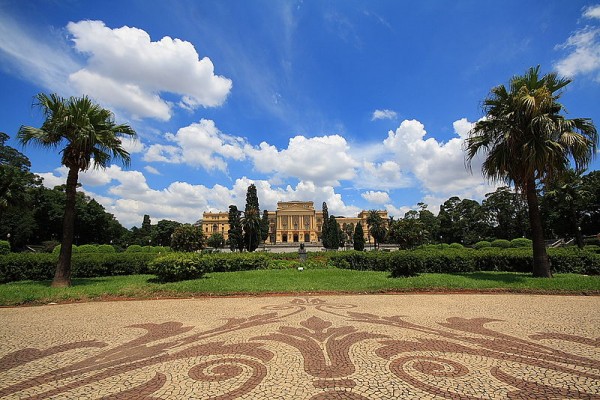 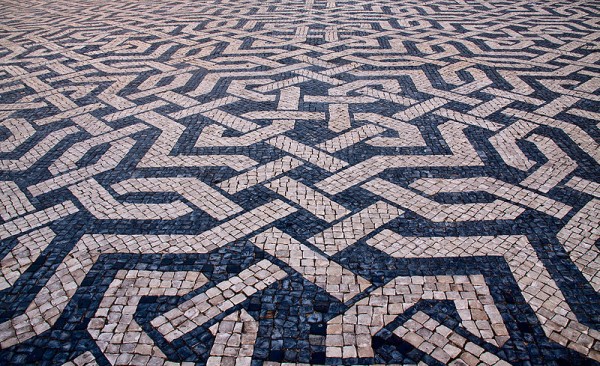