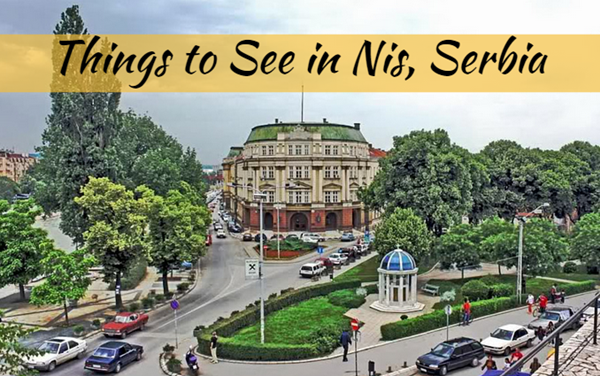 Република Србија, Republic of Serbia or simply Serbia… At the very heart of the Balkans, Serbia is a beautiful country that is full of natural and historical beauties. From Roman baths to Ottoman mosques, from old Vinčan remains to astonishing little churches. I, personally, have great memories (and even greater friends!) in Serbia so in this article, I’m going to introduce you the beautiful city of  Niš, which is more than a must-see if you try to socialize within the city even just a little bit.

Niš, for starters, is one of the oldest cities in Serbia as well as in Europe, whose history dates back to 5,000 BC. The first settlement in the region is thought to have belonged to the good old Thracians, who decided to establish a city there in the Iron Age. After a long while, the city was invaded by the Celts in 279 BC during the famous Celtic invasion of Eastern Europe.

Quite expectedly, the Romans were the next to invade the city in 75 BC, calling the city Naissus. The city, having historical significance already, was deemed even more important when the Romans built the well-known Via Militaris, a road from Belgrade to Constantinople (Istanbul), in 1 AD. The first Christian Roman Emperor, Constantine The Great –also the founder of Istanbul- was born within the walls of  Niš.

In the 6th century, however, the city was subject to Slavic and Avaric attacks and early 7th century was the time when the attacks yielded results, causing the Romans and Thracians leave the city, or become assimilated in time. After that, the region changed hands several times, from Slavs to Bulgars, Bulgars to Byzantines and the other way around, several times.

When the Ottomans invaded the city, though, they didn’t look like they were going to leave the city soon. Despite several intervals and numerous uprisings, the Ottomans held the control of the city until 1877-1878, the Russo-Turkish War and  Niš was taken control of by the Serbian Army on 11 Jan 1878.

Today, Niš is a peaceful city to the south-east of Serbia, relatively close to the Bulgarian border with a (central) population of slightly above 183,000, and the city is a lively one full of cafes, pubs and bars full of young people partying really hard!

So you’re in Niš as a traveler, you haven’t gotten into the social side of the city yet, then what do you do? You check out the things to see in Niš! But what are they? Have a look below!

As quite a historical city, you can’t leave Niš without seeing the old fortress! The fortress is to the right side of River Nišava, on top of the place that has continuosly been inhabited over 2,000 years. The fortress that has made it to our day was built by the Ottomans in the 18th century, but it is known that the original fortress that it was built on dates back to Ancient Rome. If you don’t know where to start with the things to see in Niš, the fortress might kickstart your trip!

The German Gestapo was in charge of Crveni Krst Concentration camp during WWII, as you may have already guessed and the captives of the camp composed mainly of Serbs, Jews and Romanis. The concentration camp of Niš was established in 1941 and the total number of people held captive in this place exceeds 35,000, 10,000 of whom were unfortunately killed. Finally in 1944, the camp was liberated by Yugoslav Partisans. Among the things to see in Niš, Crveni Krst Concentration Camp is one of the gloomiest ones, simply driving the visitors into thinking about those sad times.

The Skull Tower is another gloomy example of the things to see in Niš. As the name suggest, it is a tower made of human skulls. That’s right, actual human skulls were used to build this tower. Let’s see why.

As I mentioned in the beginning of this article, Serbia was under Ottoman rule for quite a long time, which quite expectedly resulted in several serious uprisings. During the First Serbian Uprising, one of the battles that were fought was the Battle of Ćegar, that took place on Ćegar Hill, near Niš. During the battle Stevan Sinđelić, the commander of Serbian revolutionaries, exploded a gun powder magazine to avoid being captured and executed by the Ottomans. This explosion resulted in the death of his fellow men along with himself and the Ottoman soldiers in the battle. After the battle, Hurshid Pasha, the Grand Vizier of Niš, ordered a tower to be built with the skulls of Stevan Sindelic and his men, to terrorize those who potentially aim to revolt. Today, there’s a chapel round the tower and only 54 out of 952 skulls are present. 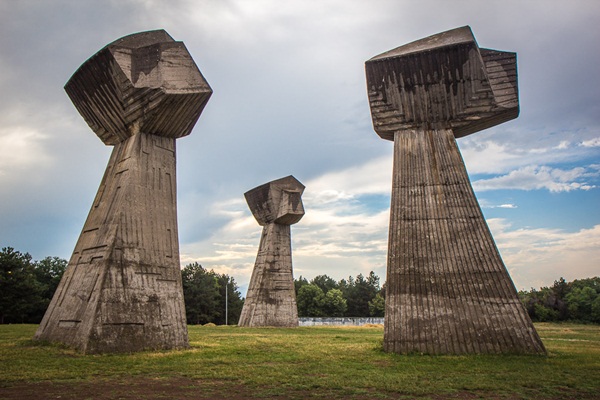 Bubanj Memorial Park is located 2 kilometers from Crveni Krst Concentration camp and it is the very place where the German Execution Squads of WWII executed over 10,000 people. Today, the park has a chapel, a memorial trail and a statue of three clenched fists in different sizes, symbolizing the men, women and children who rose up against the enemy.

I already told you the history of Battle of Čegar Hill, which  was fought between the Serbian revolutionaries and the Ottoman army. Upon the death of thousands during the battle, Serbia marked the place on 4 July 1878  and the monument that is on the hill today was built on 1 June 1927. The monument is in the shape of a tower to symbolize a sort of fortification and it could be a good idea to visit this place before the Skull Tower to have a better sense of chronology.

Those are the things to see in Niš, all of which I have had the chance to visit personally. All in all, Niš is a great place for travelers both with its history and lively people, who seem to be quite easy-going from personal experience. My advice? VISIT NİŠ!